It is the mission of the Downtown Redevelopment Authority to preserve and promote “The District” as the cultural, historic, and business heart of the City of Bowling Green and Warren County.  We promote and encourage collaboration with city and county governments, community organizations and non-profits.  We work to create opportunities for citizens and area businesses to participate in the life of downtown.

Sixty plus years ago downtown Bowling Green was thriving with numerous car dealerships, groceries, gas stations, and retail shops.  As Scottsville Road and I-65 began to develop, the District began to experience a sense of neglect leading to a steady decline in economic growth and residential development.
The Downtown Redevelopment Authority (DRA) was then formed by members of a local merchants group, focusing on the overall needs of downtown Bowling Green.  To begin the initiative the DRA enlisted community funds and support to revitalize Historic Fountain Square Park.  The DRA raised over $60,000 from passionate individuals and businesses committed to seeing downtown Bowling Green at its full potential once again.
The DRA began to show the local community that the organization could lead the growth and development of The District area.  This included forming a board of directors and acquiring volunteer members with diversified interests.  The group focused on expanding the size of Downtown Bowling Green, adopting the motto “From the River to the Hill, from the Railroad to the Bypass, The District began working with local government and the community to renew interest and investment in the downtown area.
The DRA led the community in the creation of a vision for the future of downtown, which included historic preservation, the development of new and existing residential and retail spaces, and an increase in visitors downtown.  These factors proved to be the key elements in the revitalization of the district area.  The resulting master plan found community support for the re-creation of an historic green space, formerly known as the Circus Lot, as a catalyst for downtown revitalization and private investment.  The goal of Circus Square was to become a focal point, encouraging higher value development downtown, attracting residential developers, and promoting under-utilized properties for redevelopment.  The re-creation of this significant green space in the heart of downtown BG is now a popular pedestrian destination for residents and visitors to Bowling Green creating a link between Fountain Square Park, Shake Rag, and Riverview Park as an important heritage tourism destination.
The result of the DRA’s participation in the Kentucky Renaissance on Main Program, the organization was able to bring in over $15 million dollars to invest in the downtown area.  Funds were used in the form of façade grants for commercial and residential properties, streetscaping in and around Fountain Square Park (redesign of landscaping, new park benches and trash receptacles, lighting and a sound system), the creation of the Heritage Walk, the re-creation of Circus Square Park, and other various economic projects including Park Row apartments and more.  The excitement stimulated by these projects and investments is resulting in the resurgence of businesses and development in The District, as well as community interest and events.

Through the creation and development of new facilities, the DRA began to focus its efforts on promoting community and residential participation by creating the Concerts in the Park music series and in 2023 launched Winterfest live from the historic Capitol Theatre downtown.  Concerts in the Park will celebrate their 45th birthday this summer and has grown from a modest 250 attendees to an estimated 25,000 people throughout the three-month summer run.  The DRA is hoping to grow the free Winterfest music series in a similar fashion.  Dedication to The District area and the mounting success of the DRA’s revitalization efforts has kept many larger community events in the area, including the Duncan Hines and International Festivals.
Currently, the DRA continues its commitment to “The District” to better serve our members and the community.  In keeping with “The Districts” rich tradition and commitment to our community, our team looks forward to working toward an even better and more vibrant downtown experience.
Although much work has been done, we are not through! As “The District” continues to grow, so do our efforts.  Together with the strength and determination of our community- the future is even brighter.
We subscribe to the theory that a well- informed public is a very active and supportive public.  Our Executive Director, Ron Murphy, will be happy to share with each of you how collectively and individually you can join with us in promoting and sharing a role in the future of “The District” and its contribution to the community.
When asked why, our reply is why not?  And if not now, then when? 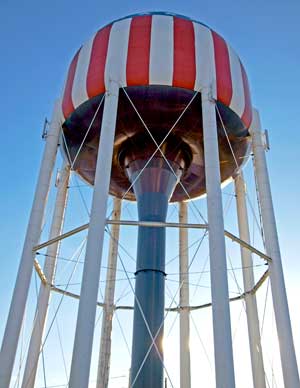 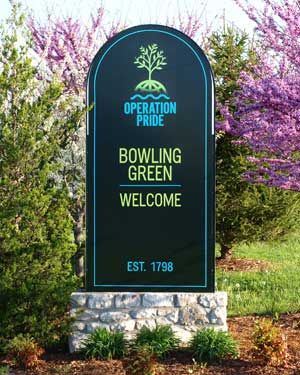